Edit your feature film in ONE vs SEVERAL Premiere Pro projects 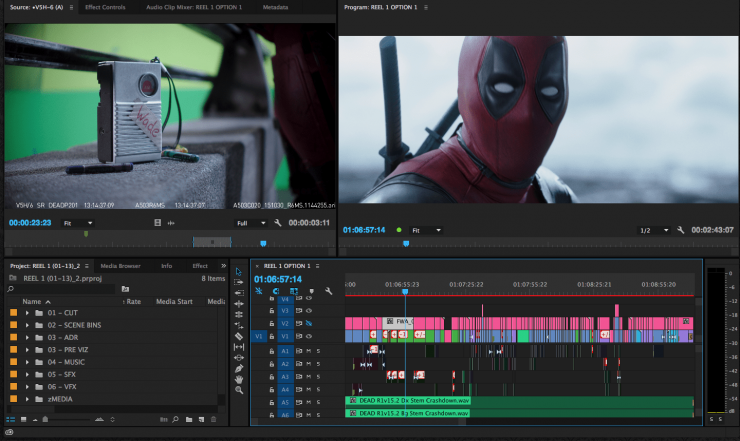 When it comes to editing a YouTube video it’s clear. You would do only one Premiere project where you would edit the whole thing as it is a 10 minute video.

But what if that video wasn’t a YouTube video and instead it was a full feature film? Would you edit your whole 2 hour film in one single project?

So what things do you have to have in mind before investing your time in a solution that may not work for you and risks losing all of your editing progress?

Is it better to edit on one single project to keep continuity in your story?

Coming back to our question, is it or is it not better for the story to edit in a single project to keep continuity?

Nevertheless, there are some interesting things that can come up from editing a sequence in separate scene and then pastor g them together, as you, in the process of editing a scene of that particular sequence will make choices based on what you remember/imagine how the whole sequence will look like. And when you paste all those scenes together you find out that there are new choices that have come up through editing those particular scenes separately. Even if those new choices are ones of where to begin the cut in that scene, where to start in that scene, how to start… all of that changes if you are editing that scene separately, as your memory and imagination are not as accurate as having the true whole sequence in front of your eyes and that arises new questions that derive into new choices.

I hope that makes sense.

In short, edit through memory/imagination is not as accurate and will give rise to a whole other thing that when having to paste it to the whole gives rise to new different questions.

It helps you reevaluate your ideas. It helps you to consider things from another perspective. But beware, for this you need time and don’t be in a rush when editing.

So now you are in a middle ground between editing in a single project or considering editing the whole thing in separate chunks that help you polish even more the final product.

What will make you decide?

Which PC do you have for editing?

This is what will truly determine if you end up editing the film in a single Premiere Pro project or edit the film in scene or sequence chunks.

Walter Murch talks about editing or not in a single project and only recently he has edited a whole film in a single project, “Tomorrowland”. I say recent but it’s really from 2015, but considering how long his career has been… anyway it is a movie with George Clooney and from the director of the Incredibles and MSI 4.

Walter Murch when editing the film “Tomorrowland” followed the same editing process that I have talked about in a previous post, the only thing that changed is that he edited the whole thing in a single project.

So, in conclusion, what should you make out of all of this?