Why Make A Split Rights Deal?

What is a split rights deal?

First things first. A split rights deal is a deal where you will sell your movie’s rights to a distributor or distribution company in exchange for distribution. Sounds pretty simple, right?

But why would anyone would want to sell the rights of his beloved movie for people to manipulate and spoil his u201cchildu201d? The truth is that if you are planning on getting your movie out there where lots of people get to watch it you will need some help. This means you will need a distributor that can get your movie in front of a huge audience. A huge audience, meaning an audience that without help, by yourself, you wouldnu2019t be able to reach.

So, the question again arises: Do I want my film to be seen for as many people as possible or do I want to be in total control of the material but find an audience myself?

Both can and have been done. The basic difference is that most people wil not remember a low budget film with no sort of distribution, for the obvious reason that it never reached an audience. On the other hand, if you want your movie to be seen and you want to have the biggest impact your movie can provide you, you will need some help. And this is where deals come in.

Split right deals vary. There isnu2019t a formula you can follow that can guarantee you or the distributor a great deal with great profit. But there are certain truths that usually occur: the bigger the distribution company, the less control youu2019ll have, and, the smaller the deal means that youu2019ll have more control but usually less difusion.

Less control means that whoever who acquires the rights of your film can re-cut and re-do the artwork. They can basically do whatever they wantu2026

Then why not take an universalu00a0 all media buyout directly?

Its very unlikely that you end up in Sundance or Torontou2019s film festival and you get an universal all media buyout, but nevertheless it can happen and has happened. Fox Searchlight’s acquisition of After Earth is an example of this. But I would not go all in for thatu2026

Most common types of distribution deals

The most common types of deals are split rights deals, where distributors pick territories and then decide which national rights they want. Then they choose the format they want to acquire (DVD, TV, Blu-ray, etc) leaving some other types for the producer to try to maximize as much as he can the return profit.

Then again, there aren’t absolute truths in the film industry but I could say that it is very hard for one man alone to produce a film and by himself put it in front of an audience in the big screen. It can happen, but it is very hard to do. That is the reason why it is unlikely. ‘Cause the truth is that putting your film on the big screen it’s really, really expensive.

If you are lucky enough…

But Iif you are lucky enough that someone is so interested in your movie and wants to put it on the big screen, DO NOT HESITATE, take it! Getting your movie on the big screen will really help you to get noticed by critics and this will help (if it is indeed a good movie) to create the necessary hype to not only do well in cinemas, but do well on other windows as well (like DVD or streaming platforms).

This is what a summed up explanation of split deals look like! So remember for the next time to network like a pro and to choose carefully which is the deal that suits you. 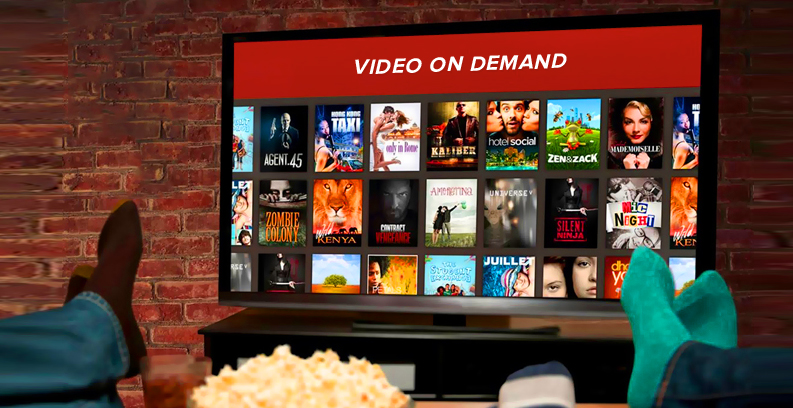