WHY BOTHER?! 4 Steps for all the PRE-production PAPERS that need to be done 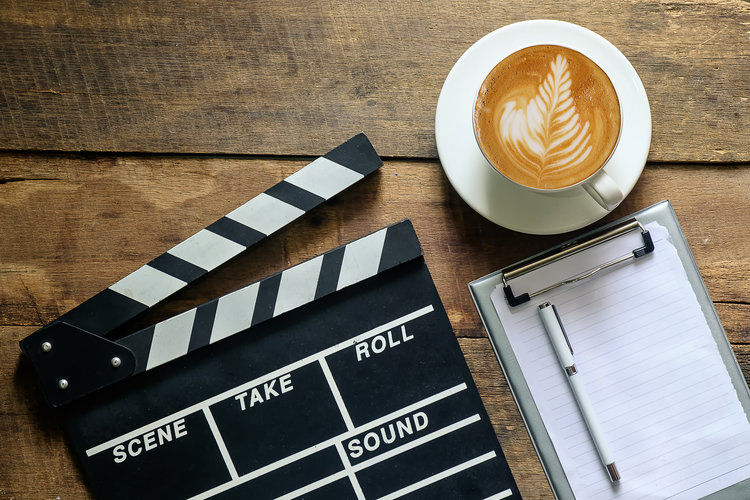 First things first, how much work does PRE-production take?

Well, it depends. I know, I know, it is that shitty answer that doesn’t answer much. But I can tell you what is the exact work that has to be done and if you are a hard worker you won’t have problems to get it all done in less than a month.

In this post I will go over through the pre-production papers that I went through before beginning the shooting stage and I will tell you how and how much time it took me to go through it all.

Scenes have to be numerated and should look more or less like this:

2. BREAK your script Down

For this you want to check out our other post on How To Make Scene Breakdown Sheets.

The goal is that with a glance you can tell which characters are in that particular scene, which props do you need, the music effects, visual effects, necessary gear…

You need to analyze in depth your script and be sure that you have the most control over each element necessary for finishing the shoot of the day. If you need a car for a particular scene, then, do you have a car? Did you prepare to have a car that particular day? Did you also need to have a permit for filming with that car?

You get the point.

3. Have a Shooting Schedule

This I make with an Excel document.

What I did for DOPPEL is breakdown my script into 5 chapters. Because the story is built in a way to be a TV series. Then, what I did is, by chapters, breakdown how many scenes were in each one.

I need to say that this method may not suit you and your screenplay because before I started writing I knew there would be 4 main stories that were kind of independent to each other and that in the end all were connected to each other. This helped me to break down even more the screenplay into clear chunks and film a chunk at a time.

Then, inside each chapter, what I did was order the scenes by locations and make a table with all the scenes, which characters were playing in each one and a little description of the action of the scene.

After that what I did was make a new page on the same Excel document to make a Gant chart with the scenes, by locations on the left and the number of days it would aproximatedly take me to finish. Then I would fill in boxes in yellow for preparation and in blue for shooting.

This way you organize your shoot and you kind of impose yourself a schedule that you have to follow. Although sometimes you were very optimistic and you won’t finish all the shooting you and in mind, I can assure you that by having a shooting schedule you will be way more productive than those that don’t.

That brings me to our last point…

I cannot stress this point enough: the more you plan the more prepared you’ll be, the more likely you will succeed.

We have another post on this topic, so check it out.

So check all the preproduction documents that I went through before actually begging the shooting of the film. As well all the legal paper work has to be filled before turning on the cameras because you can get into big time trouble if you don’t. We’ll make a post on the legal paper work that needs to be done for a very independent film!

Happy planning and see you next time!